Chertoff was one of the architects of the post-9/11 Patriot Act, which has since morphed into a pretext to conduct illegal domestic surveillance... 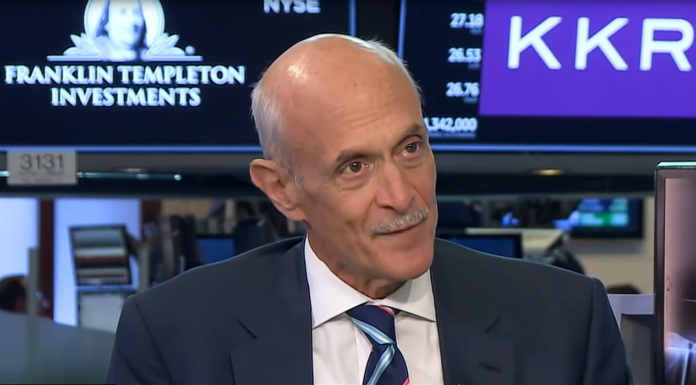 DHS announces that Michael Chertoff will lead an assessment of the Disinformation board while its work is paused. Chertoff is also a Hunter Biden laptop truther https://t.co/tAsHWUliVQ pic.twitter.com/QKFtSRMvyg

According to his online biogrophy, Chertoff offers “high-level strategic counsel to corporate and government leaders on a broad range of security issues, from risk identification and prevention to preparedness, response and recovery.”

Chertoff—a Hunter Biden laptop skeptic, like many deep-state propaganda pushers who sought to manipulate the course of the 2020 election—was one of the architects of the post-9/11 Patriot Act, which has since morphed into a pretext for corrupt members of the US intellingence community to conduct illegal domestic surveillance.

Like the Bushes, who were members of Yale’s secretive Skull and Bones cabal, Chertoff has links to several institutions that are affiliated with nefarious global causes.

He was an attorney at Covington & Burling, a notorious law firm that has long catered to members of the DC elite, and a member of the Trilateral Commission, a shadowy group that has been instrumental in pushing for anti-democratic measures like the Great Reset.

Chertoff also was a board member for the Alliance for Securing Democracy website, which claimed to be tracking Russian disinformation during the Trump administration. The website, instead, smeared other websites that were supportive of then-President Donald Trump by calling them Russian propaganda.

The Gateway Pundit was labeled as one of these Russian disinformation websites for not believing in the now-debunked Russia collusion hoax.

Following a disasterous rollout by many accounts, the disinformation board has been put on pause for 75 days.

The new board was widely panned by conservatives, who saw it not as an effort to promote accurate and truthful messaging, but instead an Orwellian attempt by the Biden administration to push partisan propaganda smearing critics and skeptics of its policies.

Accompanying the announcement of the pause this week was one about the resignation of original disinformation czar Nina Jankowicz, who had links to billionaire oligarch George Soros.

Jankowicz, otherwise known as the Mary Poppins of Misinformation, cited “right-wing internet” attacks as her reason for resigning.

The Biden administration and the mainstream news media are blaming “disinformation” for the pause.

There has been no announcement for when Chertoff will be taking up his new post or when—or if—the board will officially restart operations.

Copyright 2023. No part of this site may be reproduced in whole or in part in any manner without the permission of the copyright owner. To inquire about licensing content, use the contact form at https://headlineusa.com/advertising.
Click Here To Comment
Facebook
Twitter
ReddIt
Email
Pinterest
Print
- Advertisement -
Previous article
Fake News Claims Disgraced Disinfo Czar Was a Victim of Cyberbullying
Next article
Jamie Raskin Stumped After Pro-Life Witness Calls Out Partisan Hackery
- Advertisement -

Judge Says Drug Addicts Must have Access to Guns