Calif.’s Move to Ban Gas-Powered Equipment Could Leave Residents in the Dark 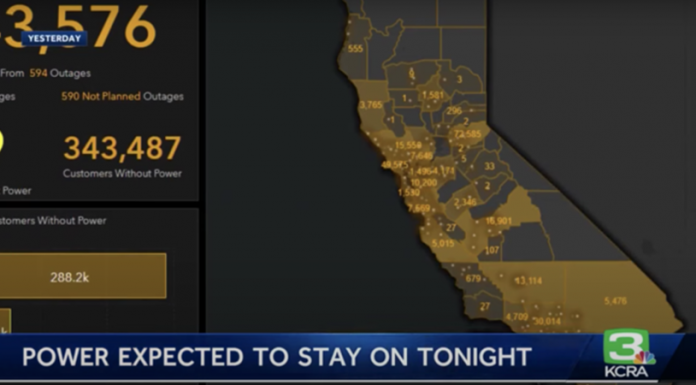 (Jon Hersey, Foundation for Economic Education) “Excuse me,” says your landscaper. “The mower’s out of juice. Mind if I plug in?” You look from the immobile machine to your half-cut lawn. “Outlet’s over there,” you tell him. “But let’s knock $20 off your fee? What are we up to now, 25 cents a kilowatt-hour?”

The state, committed to net-zero emissions by 2045, is moving to ban sales of gas-powered landscaping equipment as early as 2024. This is not the first attempt. Politicians tried and failed to do the same in 2003. Since then, though, more than half of homeowners in the state have swapped out their consumer-grade equipment for “zero emission equipment” (ZEE), meaning, battery-powered weed whackers, leaf blowers, hedge clippers, chainsaws, and even lawn mowers.

Many make the switch because, although lower-powered and less reliable (do batteries ever die at the right time?), battery-powered equipment is less noisy. That’s what prompted Mayor Stewart Welch of Mountain Brook, Alabama to begin switching his town’s tools over to electric. The bellow of leaf blowers disturbed his tennis game with a friend who, as chance would have it, had previously complained about the town’s noisy equipment. The city has spent $18,000 over the last year outfitting its public works crew with electric trimmers, blowers, and more.

According to Stanley Black & Decker, sales of the company’s electric yard equipment jumped 75 percent between 2015 and 2020. But, although lots of people are making the switch of their own accord, they’re not doing it fast enough, according to California’s legislative assembly.

The biggest holdouts are those who do landscaping for a living, and for good reason. I searched Husqavarna’s site high and low for battery run time info for its 550iBTX, which one landscaper reviewed as “The best electric blower on the market.” For $469? Not bad, I thought. After lots of web searching about the battery, I gave up and contacted support. Turns out, it does not come with one. The lowest-priced option will cost landscapers an extra $300 and lasts between thirty and sixty minutes. The one the associate recommended, though, costs $969 (yes, more than double the cost of the blower) and “lasts up to 3.5 hours,” he told me. That’s if you run it in “normal” mode, which is half the power of Husqavarna’s $459 gas blower; boost mode saps the power faster and is about 33 percent less powerful than the gas blower.

Some landscapers make electric work, and not just those whose equipment is paid for by taxpayers, as in Mountain Brook. Chris Regis, owner of Florida-based lawn care company Suntek, is able to charge customers between 10 and 20 percent more for all-electric lawn care. He says, “There are people who don’t care and say, ‘I just don’t want the noise.’” All power to them. That’s exactly how free markets work.

Given the numbers above, though, it would take a lot of lawns to make up one’s initial investment with only a 10 or 20 percent upcharge. But Regis’s investment is far greater. He has outfitted the company’s vans with solar panels for recharging batteries on the go—each van costing about $100,000. Reflecting on how much longer the same work now takes him, Jimi Layne of Mountain Brook’s crew asked, “Are we looking at dollars and cents?”

That’s an even more pertinent question in California, where energy prices are the highest in the continental US. (23.11 cents per kilowatt-hour, as of June 2021). Gas is more expensive there, too, in large part because of penalizing policies, but researchers predict electricity prices can only rise in the golden state, thanks to a host of factors. Prices are high, in part, because the size of the state increases transmission costs, as do wildfireson mismanaged public lands that have knocked out critical infrastructure, requiring replacement.

But the biggest contributor to high prices is the state’s push to adopt wind and solar, which require big upfront investments but nonetheless necessitate a reliable backup for when the sun’s not shining and the wind’s not blowing.

This problem came to the fore in 2020 when, for two days, California’s three big energy companies instituted rolling blackouts across the state because the grid could not meet demand. It was a self-inflicted wound. Given the state’s environmental restrictions, many coal-fired power plants are being decommissioned, and thanks to irrational fears, they’re not being replaced with clean, reliable nuclear energy, either.

Instead, taxpayers are being forced to subsidize massive investments in “renewables,” and power companies make up much of the state’s inevitable shortfalls by buying energy from more reliable, fossil-fuel plants in neighboring states. Unfortunately for Californians, on August 14, 2020, when the sun set and solar farms went offline, these companies realized they had miscalculated how big that shortfall would be. Western states were in the grip of a heat wave, and as Californians reached for the AC dials, they lost power altogether.

Losing power is no minor inconvenience, particularly when you live in what is naturally a desert, and especially when it’s more than 100 degrees outside. It’s not just that people can’t charge their Teslas or their ZEE mowers. One 2020 study concluded that more than 5,500 Americans lose their lives due to extreme heat annually. Climate-related deaths are a key indicator of low climate resilience, the ability of a locale to deal with extreme temperatures and weather. And, of course, climate resilience is directly dependent on plentiful, affordable, reliable energy.

But, increasingly, that is what California is doing away with in favor of expensive, unreliable energy. Unsurprisingly, the poor suffer the most. Research done in 2020 shows that many in Los Angeles can’t afford air conditioners, and many who have them can’t afford to run them because electricity prices are so high. In fact, accounting for cost of living, California has the highest poverty rate in the country, in large part because energy prices are so high. This, not in spite of the state’s adoption of “cheap” and “reliable” renewables, but because of it—because solar and wind are notcheap nor reliable and require a backup that is.

Yet, with startling shortsightedness, the state assembly has sent Governor Gavin Newsom a bill that will effectively eliminate a go-to backup: gas-powered generators. The bill (AB-1346) lumps gas-powered generators in with the offending landscaping equipment and all other “small off-road engines,” referring to them as SOREs. It “encourages” the California Air Resources Board (the state’s own sort of EPA) to “adopt cost-effective and technologically feasible regulations to prohibit engine exhaust and evaporative emissions from new small off-road engines” and to consider “expected availability of zero-emission generators.”

Such generators do exist, but they are far more expensive, generate far less power, and most need to be recharged after just a few hours. Consider the GOAL ZERO YETI 3000X. It costs $3,400, and an additional $250 kit enables you to use it as a battery backup for your home. After all that, you can power a single refrigerator for less than 2.5 days, and that of course drops if you want to power, say, a few lightbulbs. By contrast, a Duromax XP10000HX can power your whole home—lights, appliances, and A/C system—continuously, running on either gasoline or propane, and it costs $1,400.

When the power went out last August, says Collin Blackwell of Eldorado Hills, California, “We went out and bought an $800 generator, so that way we could have the fridge powered up in the garage at least and be able to have food and everything in the house.” Mark Galloway of Cameron Park said he lives in a mountain community where losing power is fairly common. “You should have something, so having the backup generator and things like that—I think it’s on you to really take care of that,” he said. “It’s not like it’s something that you can’t plan for.”

California legislators have not only cut ties with reality—failing to see that they’re heading for ever more blackouts—they also want to cut their citizens’ last lifeline to reliable power when these blackouts inevitably occur. California is committing energy suicide, and given that people rely on energy for just about everything, we shouldn’t be surprised by the toll this will take on human life…Original Source…

Copyright 2022. No part of this site may be reproduced in whole or in part in any manner without the permission of the copyright owner. To inquire about licensing content, use the contact form at https://headlineusa.com/advertising.
Click Here To Comment
Facebook
Twitter
ReddIt
Email
Pinterest
Print
- Advertisement -
Previous articleUnion Workers Ask U.S. Supreme Court to Get Dues Back
Next articleWisc. Assembly Leader: Probe Will Show ‘There Were Issues’ w/ 2020 Election