'If you call yourself a Tar Heel…you're cheering for the essence of white supremacy...' 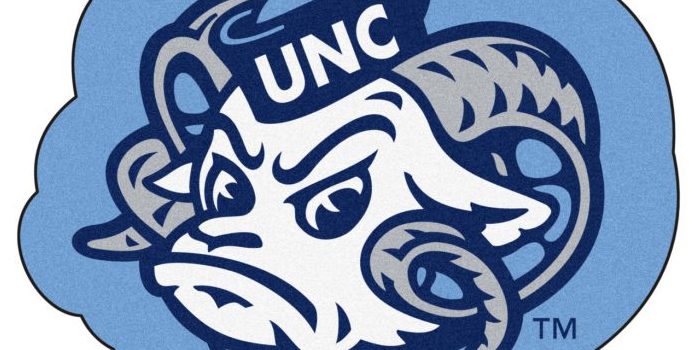 Woke protestors are calling on the University of North Carolina to abandon its longstanding nickname, the Tar Heels.

According to a group called the Union Soldier Campaign, the term “tar heels” is a reference to Confederate soldiers who bravely stood their ground against marauding Northern troops during the Civil War.

“They stood their ground as if they had tar on their heels…if you call yourself a Tar Heel…you’re cheering for the essence of white supremacy,” William Thorpe, director of the Union Soldier Campaign told the News & Observer of Raleigh.

The group wants UNC to change its name to the Rams and has offered to accept the school’s traditional Carolina-blue and white color scheme.

Left-wing professors are supporting the proposal.

“It’s hard to untangle,” Leloudis said. “The term, at first, is derogatory in terms of race and class, then gets turned into a symbol of Confederate pride and loyalty.”

Despite the post-modern interpretation, the school’s nickname has been widely embraced since it was adopted 140 years ago.

The Union Soldier Campaign marched to the UNC campus on Tuesday after starting at Bennett Place in Durham, the site of the last surrender of Confederate troops in the Civil War.

The group wants the school’s chancellor, Kevin Guskiewicz, to change the name “immediately.”

During a speech, protestors standing behind Thorpe can be seen holding a Union Soldier Campaign placard, a UNC flag, a Washington Redskins poster, an Aunt Jemima syrup bottle and a box of Uncle Ben’s rice.

Another video on the group’s website is a low-production protest song called “Impeach the President, Convict the President.”

Copyright 2022. No part of this site may be reproduced in whole or in part in any manner without the permission of the copyright owner. To inquire about licensing content, use the contact form at https://headlineusa.com/advertising.
Click Here To Comment
Facebook
Twitter
ReddIt
Email
Pinterest
Print
- Advertisement -
Previous articleVoters to Get Say in Dropping ‘Plantations’ from R.I.’s Name
Next articleJustice Ginsburg Says Cancer Has Returned, But Won’t Retire
- Advertisement -
- Advertisement -

DeSantis: Apple Should Be Investigated for Monopolistic Practices over Twitter Deplatforming

Ye Walks Off Conservative Podcast after Being Challenged on Anti-Semitism

SELLERS: How a McCarthy Speakership May Derail GOP’s Biden Probes