‘It was clear to me that he had singled me out for a confrontation, although I am not sure why…’

(Ben Sellers, Liberty Headlines) A teenage boy has spoken out following an unprecedented assault by the left-wing press, which included doxxing his family and his school, for the sin of staring at an adult activist during Friday’s March for Life rally.

Doing its best to ignore the presence of thousands of goose-stepping, anti-Semitic feminazis cursing their way up Pennsylvania Avenue during Saturday’s Women’s March, the press instead fixated over the weekend on what might have been an innocuous encounter between Nick Sandmann, a junior at Kentucky’s Covington Catholic High School, and Nathan Phillips, a Native American elder and outspoken Trump critic.

After video of the exchange hit the internet, the media kicked into high gear to publicly shame Sandmann for triggering and taunting the seasoned leftist protestor, who was drumming near the Lincoln Memorial as part of the concurrent Indigenous People’s March.

Phillips, 64, who has been involved in a number of past protests, including the Dakota and Keystone XL pipelines, was singing songs “urging participants to ‘be strong’ against the ravages of colonialism that include police brutality, poor access to health care and the ill effects of climate change on reservations,” when he claimed a group of schoolboys began to gather near him, according to The Washington Post.

Phillips told The Post that he felt threatened by the children. “It was getting ugly, and I was thinking: ‘I’ve got to find myself an exit out of this situation and finish my song at the Lincoln Memorial,’” he said.

“I started going that way, and that guy in the hat [Sandmann] stood in my way, and we were at an impasse. He just blocked my way and wouldn’t allow me to retreat.”

Leftist pundits quickly projected their own interpretations of the encounter, many accusing the boy and his friends of “taunting” Phillips.

Facing harassment, Sandmann released a public statement on Sunday rebutting the false narrative that had emerged.

With the permission of Nick Sandmann and their parents. This is being released to the media. Please keep this family in your prayers. pic.twitter.com/xO8iI92C6i

He said that the group, while waiting for its bus to return home to Kentucky, was shouting its school spirit chant to drown out the hateful remarks being directed at them by another group of radicals nearby.

Phillips then worked his way through the crowd and approached Sandmann.

“The protestor everyone has seen in the video began playing his drum as he waded into the crowd, which parted for him. I did not see anyone try to block his path. He locked eyes with me and approached me, coming within inches of my face. He played his drum the entire time he was in my face.”

Sandmann said he, too, was concerned by the escalation. “I was worried that a situation was getting out of control where adults were attempting to provoke teenagers,” he said. 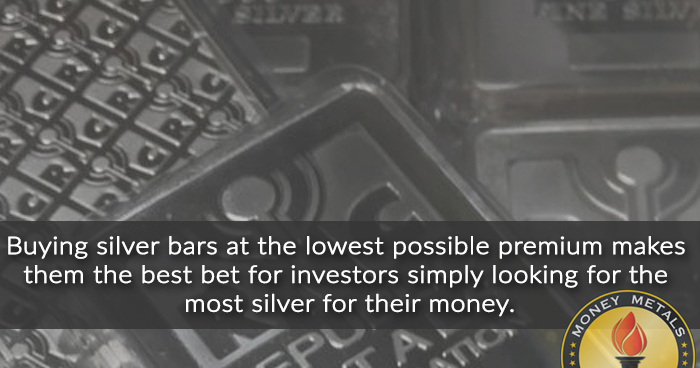 Buy your silver bars with confidence from Money Metals Exchange.

Nonetheless, he calmly stood his ground while trying to avoid directly engaging with the liberal activists.

“I never felt like I was blocking the Native American protestor,” he said. “He did not make any attempt to go around me. It was clear to me that he had singled me out for a confrontation, although I am not sure why.”

Although Sandmann said he never sought to become part of the media spectacle, the fallout has included death threats against him, vicious insults and character assassination, while some have even waged a Twitter campaign targeting his parents, who were not present at the rally.

His name is Nicholas Sandmann and his mother is Julie Sandmann who is the VP of Relationship Management for Fidelity. Oops. https://t.co/JdadYmW10k

The leftist media has been known to exploit children in service of pushing agendas like gun control and climate change. Taking a page from Palestinian terror groups such as Hamas—which often places its missile sites near areas of high collateral damage, like schools—it has effectively used teens like David Hogg as human shields against criticism of liberal policies.

Meanwhile, it is not above inflicting its own damage on whoever happens to stand in the way.

As current House Speaker Nancy Pelosi said in October, those who oppose the Left’s orthodoxy—by daring to support the president—must be ready to face the unrelenting and merciless consequences.

“We owe the American people to be there for them, for their financial security, respecting the dignity and worth of every person in our country, and if there is some collateral damage for some others who do not share our view, well, so be it,” she told Paul Krugman.

Pelosi is but one of countless Democrats who have gone so far as encouraging activists to “get up in the face” of Republican opponents, resulting in some high-profile cases of bullying.

While forgiving or ignoring the atrocious behavior of progressive activists and justifying the often illegal violations of privacy and property against both public servants and private figures, the media now finds it acceptable to target and destroy innocent, underage victims expressly for the purpose of showing that it can out-bully its opponents with impunity.

A statement of the Indigenous People’s Movement, which organized Phillips’ protest, called the standoff between the elder activist and the teen “emblematic of our discourse in Trump’s America.”

One Washington Post columnist attempted to pin the blame on the immensely successful March for Life, which the teens were leaving to return home at the time of the encounter.

Michelle Boorstein claimed the episode offered clear evidence that the pro-life rally, drawing tens of thousands to the National Mall, had “become too partisan and too aligned with politically conservative figures, Trump in particular.”

It was unclear at press time whether Boorstein and her media cohorts intended to amend their statements following a full disclosure of facts to include condemnation of the Indigenous People’s March or other counter-demonstrations.

The story broke the same day as another damaging hit on the media’s credibility, when the Office of Special Counsel Robert Mueller publicly rebuffed a sensational account by Buzzfeed. Others in the liberal press picked up on the fake report in order to amplify calls for impeaching the president.

Many people are saying that the Mainstream Media will have a very hard time restoring credibility because of the way they have treated me over the past 3 years (including the election lead-up), as highlighted by the disgraceful Buzzfeed story & the even more disgraceful coverage!

It also comes a week after liberal education-school researchers published a dubious statistical study attempting to link a rise in school bullying with support for Trump.

Copyright 2022. No part of this site may be reproduced in whole or in part in any manner without the permission of the copyright owner. To inquire about licensing content, use the contact form at https://headlineusa.com/advertising.
Click Here To Comment
Facebook
Twitter
ReddIt
Email
Pinterest
Print
- Advertisement -
Previous articleAs Left Stokes Shutdown Panic, Some on the Right See Opportunity
Next articleLiberals in NC Oppose Redrawn Districts They Approved Previously

N.Y. Most Restrictive in U.S. on Citizen Political Engagement