These are a bunch of little scared, little cowards that wouldn't say s*** or a thing to you face-to-face, right, they would rather send it in the mail... 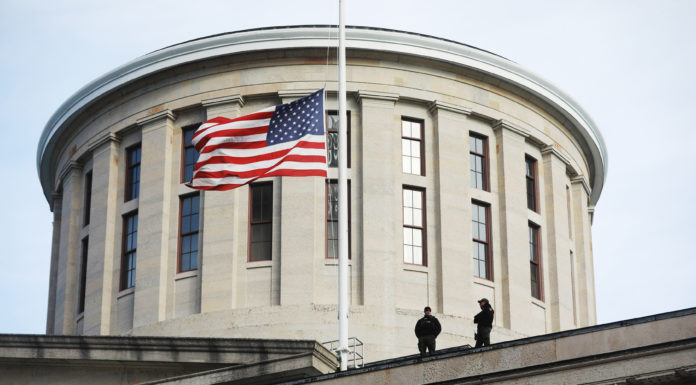 (Headline USA) Feces were mailed to Ohio’s 25 Republican state senators this week, prompting an investigation by the U.S. Postal Inspection Service, a spokesperson for the lawmakers confirmed Friday.

Mailroom employees in the Ohio Statehouse and post offices in Cleveland and Akron intercepted the letters, which never made it to their intended recipients.

Why they were sent remains unclear. No policy issues or certain grievances were included in the letters, said Senate GOP spokesperson John Fortney. The return addresses on the letters were deemed fake.

Fortney called the incident “outrageous” and a serious health risk.

“This type of biohazard attack doesn’t just stop with the people it’s directed towards,” Fortney said. “This is something that could potentially affect every single employee at the Ohio Statehouse, regardless of their political affiliation.”

He said he isn’t aware of any House members receiving such mail.

“I’m really angry about it,” Fortney told News 5. “These are a bunch of little scared, little cowards that wouldn’t say s*** or a thing to you face-to-face, right, they would rather send it in the mail.”

“It’s gross and stupid; immaturity at its highest level,” Senator Jay Hottinger told The Columbus Dispatch. He was among the 25 targeted lawmakers.

Some Republicans believe that it was in response to Ohio’s new six-week abortion banned that followed the overturning of Roe v. Wade.

It took the packages nearly a week to arrive at  the mailroom where they were intercepted. The Postal Service has not yet reported whether they could have contaminated other packages in close proximity.

The U.S. Postal Service’s law enforcement arm is investigating the matter as a federal crime. It wouldn’t comment Friday about the ongoing investigation, including whether the waste was human or animal.

State Senate Democrat Chief of Staff Mike Rowe said no Democrats appear to have been targeted. Investigators have not yet identified any suspects.

U of Fla. Forced Students to Make ‘Statement of Privilege’ on Race, Sexuality