How a Crowded GOP Field Could Help Trump in 2024 Campaign

There’s a reason he’s the most sought-after endorsement in every single Republican primary... 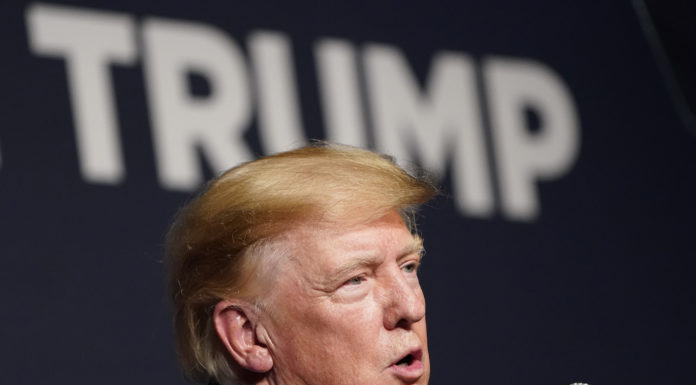 (Headline USA) As Donald Trump considers another White House run, polls show he’s the most popular figure in the Republican Party. But it wasn’t always that way.

Competing at one point against a dozen rivals for the presidential nomination in 2016, Trump won only about one-third of the vote in key early states. He even lost in Iowa, which kicks off the nomination process.

But he prevailed because those in the party who opposed his brand of unconventional politics were never able to coalesce around a single rival. That same dynamic could repeat itself as Trump mulls a new bid for the presidency as soon as this summer.

With a growing list of candidates gearing up to run, Trump could hold a commanding position in a fractured, multi-candidate primary despite the leftist media’s heavy opposition.

That group now includes upward of a dozen could-be-candidates, including Trump’s former vice president, Mike Pence; his former secretary of state, Mike Pompeo; and Sens. Ted Cruz of Texas, Tom Cotton of Arkansas, Rick Scott of Florida and Tim Scott of South Carolina. All could run on the former president’s policies.

In the anti-Trump lane, politicians such as Rep. Liz Cheney of Wyoming and Maryland Gov. Larry Hogan are raising their profiles.

Florida Gov. Ron DeSantis is increasingly seen as Trump’s heir apparent, even by Trump’s most loyal supporters, and viewed by Trump allies as his most formidable potential challenger.

Former South Carolina Gov. Nikki Haley and others have said they will not challenge Trump if he does go forward. But others, including Chris Christie, seem to be gunning for the fight, even if they seem to be long shots.

“I’m definitely giving it serious thought. I’m not gonna make any decision probably until the end of the year,” Christie said in a recent interview.

Pompeo, who has had a busy travel schedule and plans to return to Iowa this summer, said in a recent interview that he has been spending time reading and listening to President Ronald Reagan’s speeches as he prepares for a possible run.

“We’re getting ready to stay in the fight,” he said last month as he courted evangelical Christians at a gathering in Nashville, Tennessee.

He said he and his wife would sit down after the November elections and “think our way through it, pray our way through it, and decide where’s best to serve. It could be presenting ourselves for elected office again. We may choose a different path. But we’re not gonna walk away from these things that I’ve been working on for 30 years now. They matter too much.”

Pompeo sketched out a possible approach in much the same mold as Trump.

“He was a disruptor that was most necessary in 2016, there’s no doubt about that,” Pompeo said. And now the task is to take those set of understandings, those set of principles, and defend them and build upon them. And it’s gonna take a lot of work to do that, leaders of real fortitude and character to do that.”

Such open talk comes as Trump faces a cascade of escalating legal troubles.

The congressional committee investigating the Jan. 6 insurrection continues to threaten Trump despite mounting evidence in his favor. The Department of Justice has its own investigation. In Georgia, the prosecutor investigating Trump’s potentially illegal meddling in the state’s 2020 election has stepped up her inquiry by subpoenaing members of Trump’s inner circle. In New York, Trump, his namesake son and his daughter Ivanka have agreed to answer questions under oath beginning next week in the state attorney general’s civil investigation into his business practices.

Mick Mulvaney, a former South Carolina congressman who served as Trump’s acting White House chief of staff, said the moves suggested potential candidates “might see an opening where none existed two months ago.”

“I don’t think anybody underestimates Trump. There’s a reason he’s the most sought-after endorsement in every single Republican primary,” said GOP strategist Alex Conant. “That said, I think there’s a recognition that a lot of Republican voters are looking to the future and ready for what’s next.”

To what extent remains an open question. During a trip to Iowa this week, Cotton declined to weigh in on Trump’s standing. But the senator said he hoped to be “an effective national leader, not only for my party but for the American people in my role in the Senate and any other future role I might serve.”

“I know that Donald Trump is very popular among our voters who appreciate the successes he delivered for four years in a very hostile environment. They don’t want Republicans who are running against that legacy, because they view that legacy as a great success,” he said Thursday in Cambridge, Iowa.

Trump continues to move forward with his own events.

On Friday night, he campaigned in Las Vegas alongside Adam Laxalt, his pick for Nevada Senate. And on Saturday night, he planned a rally in Anchorage, Alaska, to campaign with Kelly Tshibaka, whom he has endorsed in her race against Sen. Lisa Murkowski, and others, including former Gov. Sarah Palin, now running for Congress.

Conant said it made sense for candidates to continue testing the waters for now.

“A lot of potential candidates are realizing that 2024 may be their last best chance, regardless of what Trump does,” he said. “There’s a very vulnerable Democrat in the White House, Republicans seem likely to win, and if it’s not Trump, they’re basically sidelined for the next 10 years.”