As Biden Landslide Fails to Materialize, Candidates Hold Their Ground

'We are up BIG, but they are trying to STEAL the Election...' 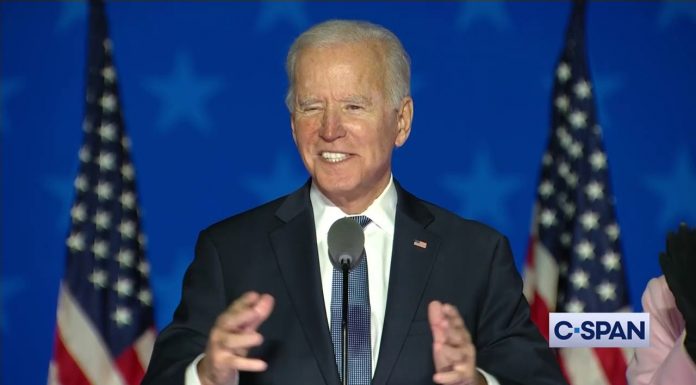 The two presidential candidates both made statements refusing to give any ground as the ambiguous electoral scenario that many feared unfolded in the presidential election.

Democrats had warned that election night might look for a landslide for President Donald Trump, and indeed Trump defied pollsters who projected that challenger Joe Biden would lead by wide margins in traditional red states that Trump won four years ago.

Instead, it appeared that very few game-changers would bring an easy closure to the race.

“We believe we’re on track to win this election,” Biden said after midnight. “It ain’t over until every vote is counted—every ballot is counted.”

In response, the Trump campaign pushed back, including searing criticism of Fox News for prematurely declaring Arizona with an estimated million ballots remaining to be counted.

Trump took to Twitter to say that Democrats were trying to steal the election and was quickly censored.

We are up BIG, but they are trying to STEAL the Election. We will never let them do it. Votes cannot be cast after the Polls are closed!

Copyright 2022. No part of this site may be reproduced in whole or in part in any manner without the permission of the copyright owner. To inquire about licensing content, use the contact form at https://headlineusa.com/advertising.
Click Here To Comment
Facebook
Twitter
ReddIt
Email
Pinterest
Print
- Advertisement -
Previous articleUpdated Election Results: Fox Backpedals on Declaring Victory for House Dems Amid Upsets
Next articleTrump Denounces ‘Fraud,’ Touts Wide Leads in Still-Disputed Battleground States