'Don’t indoctrinate our children to think this way...' 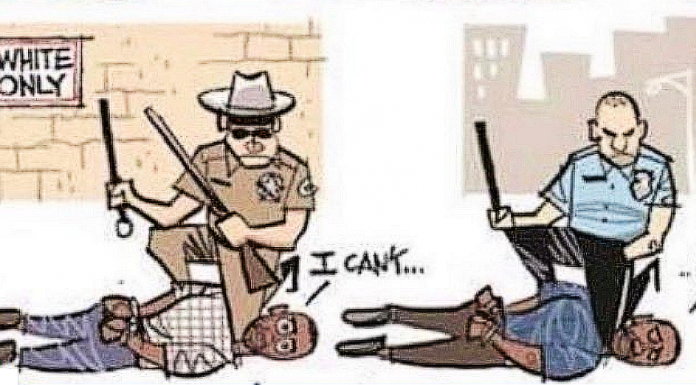 A Texas school district has come under fire from government officials after parents discovered that their students had been given a class assignment that likened police officers to slave owners and Ku Klux Klan members.

8th grade teachers in a school outside of Dallas, TX (@WylieISD) gave students a home work assignment comparing police officers to slave owners and the KKK.

This is abhorrent and disgusting, and only further widens the gap between police officers and the youth in our community. pic.twitter.com/ELfbjWQu9Z

The assignment was given in a Cooper Junior High social studies class, according to the Fort Worth Star-Telegram, where students were learning about the Bill of Rights.

Wylie Independent School District, of which Cooper Junior High is a part, said the assignment was not authorized by any of the district’s officials, meaning it was not part of the official curriculum.

Wylie resident Amber Jennings told the Star-Telegram that the class assignment was disturbing, especially since its recipients are 13- and 14-year-old students.

“Don’t indoctrinate our children to think this way,” Jennings said.

It’s unclear who the teacher was that handed out this assignment, but Texas Gov. Greg Abbott called on the school district to fire the person in question immediately.

A teacher in a Texas public school comparing police officers to the KKK is beyond unacceptable.

It’s the opposite of what must be taught.

The teacher should be fired.

President Joe Biden and his hapless administration claim to be unaware of the growing movement voicing opposition to him and his leftist cronies, the...
Read more
CULTURE

Believing that the what the world really needs is a new progressive “fact-checking,” outfit leftist oligarch George Soros has teamed up with former Democrat...
Read more

Believing that the what the world really needs is a new progressive “fact-checking,” outfit leftist oligarch George Soros has teamed up with former Democrat...

The Biden administration said that it backs full UN participation by Taiwan further reinforcing the notion that the U.S. will eventually recognize Taiwan as...

The FBI has made clear that it has no interest in participating in a non-partisan investigation into the events of Jan. 6, 2021. Mollie Hemingway...

(Headline USA) Another group of workers is suing Los Alamos National Laboratory over its COVID-19 vaccine mandate, arguing that the requirement discriminates against employees...

(Headline USA) Students in Rhode Island are asking a federal appeals court to affirm that all public school students have a constitutional right to...

The Washington Post published an editorial Monday calling for Peter Daszak, the president of EcoHealth Alliance, to testify before Congress regarding his role in...

More than 50 federal employees sued the Biden administration this week over its COVID-19 vaccine mandates. The Federal Practice Group, which represents dozens of federal...
- Advertisement -