'This court victory will shed additional light on the federal government’s barbaric practice of purchasing organs of aborted human beings...' 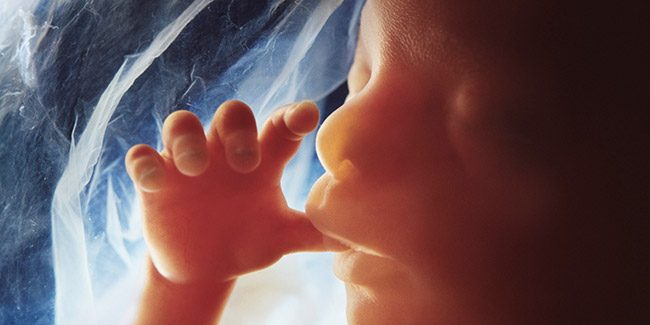 A bombshell federal court ruling this week states the federal government purchased fetal tissue from Planned Parenthood through the third party firm Advanced Biosciences Resources, which may have illegally profited from these sales for years.

The U.S. District Court for the District of Columbia ruled this week that the Department of Health and Human Services must release documents surrounding its purchase and use of fetal tissue, thus denying the agency’s request to keep the information sealed. The court also questioned the federal government procurement process, calling elements of it potentially illegal.

Advanced Biosciences Resources [ABR] partnered with Planned Parenthood and other abortion providers to dismember fetuses and sell their parts for research. It sold second-trimester livers and thymi for hundreds of dollars apiece. The same for brains, eyes, and lungs. After tacking on fees for services like shipping and cleaning, ABR could collect over $2,000 on a single fetus it purchased from Planned Parenthood for $60. The federal government participated in this potentially illicit trade for years.

The ruling comes in response to a lawsuit from Judicial Watch, which filed a Freedom of Information Act request in 2018. When that request was not met, they filed suit and took their case to court.

Fetal tissue is often used for medical research and in the development of certain vaccines. The sale of fetal tissue has become a highly controversial topic dismissed by some as conspiracy, but the federal government has admitted to the purchase of fetal tissue in the past.

In 2018, the Food and Drug Administration announced it would evaluate all uses of fetal tissue and cancelled its contract with ABR which had been its supplier for years.

“HHS was not sufficiently assured that the contract included the appropriate protections applicable to fetal tissue research or met all other procurement requirements,” the department said in a statement at the time of the announcement.

But the FDA wasn’t the only government agency to purchase fetal tissue from ABR. According to records obtained by Judicial Watch, the National Institutes of Health spent thousands on fetal tissue to create “humanized mice,” a research tool that allows mice to carry human genes, organs and other organic material for testing. Records also showed the FDA spent $96,370 for the same purpose.

Now, ABR’s practice of purchasing fetal tissue and reselling it at higher rates is under scrutiny.

The court ruling this week calls for specific information on pricing, saying “there is reason to question the lawfulness of the transaction between the Government and ABR.”

The Government shall therefore disclose: (1) any currently withheld names and addresses of Advanced Biosciences Resources’ contract laboratories; (2) any redacted unit pricing information for fetal tissue, shipping, or other fees and services relating to the 2013-2015 years that can be found in the fee schedules appended to the U.S. Senate Judiciary Committee report entitled ‘Human Fetal Tissue Research: Context and Controversy’; and (3) any redacted per specimen pricing information for second-trimester fetal tissue relating to the 2016–2018 years.

So far it has been difficult to get more information about the federal government’s procurement of fetal tissue and especially information showing whether anything illegal was done, but after this week’s ruling, it appears that may change.

“This court victory will shed additional light on the federal government’s barbaric practice of purchasing organs of aborted human beings,” said Judicial Watch President Tom Fitton. “The American people deserve to know how their tax dollars are being spent on this grotesque and potentially illegal activity.”

Copyright 2023. No part of this site may be reproduced in whole or in part in any manner without the permission of the copyright owner. To inquire about licensing content, use the contact form at https://headlineusa.com/advertising.
Click Here To Comment
Facebook
Twitter
ReddIt
Email
Pinterest
Print
- Advertisement -
Previous article
Biden Cancels July 4th Fireworks at Mount Rushmore; Noem to Fight Decision
Next article
UPDATE: WaPo AND AP Correct Fake Stories on Trump’s Contact w/ Ga. Election Officials
- Advertisement -

Biden Boasts that More than Half the ‘Women’ in His Admin. Are Women