‘How sad is it that base politics and hatred have been allowed to creep into even this sphere of our national activity?’

(Ben Sellers, Liberty Headlines) The foundation honoring a journalist beheaded by ISIS was taken hostage this week by deranged left-wing media–activist, who demanded retraction of a reward to Secretary of State Mike Pompeo.

The James W. Foley Legacy Foundation was set to commit a heinous act of bipartisanship by recognizing the achievements of America’s top diplomat in freeing political prisoners.

Most notably, that included the release of three hostages last May from North Korea—an accomplishment that Pompeo cited last September as his greatest highlight to date after taking over for Rex Tillerson in April 2018.

In October, Pompeo also helped secure the release of Pastor Andrew Brunson from Turkey after threatening Ankara with sanctions.

In addition to the Trump State Department’s global hostage-freeing efforts, the foundation noted its appointment of a special presidential envoy for hostage affairs, the Washington Examiner reported.

But after pressure from media partners—among whom CNN figured prominently—it rescinded Pompeo’s award and gave it instead to Brett McGurk, the Obama-appointed former special envoy to the anti-ISIS coalition.

In his December resignation, McGurk made a flashy point of criticizing President Donald Trump after Trump announced the withdrawal of troops from Syria, citing the near eradication of ISIS.

The president announced last month that the terrorist group was “100 percent” defeated with the last of its caliphates captured or dispersed.

The foundation said McGurk had assisted with the release of prisoners from Iran, including Washington Post reporter Jason Rezaian, another of the night’s honorees.

The move to withdraw Pompeo’s award and dis-invite him from the event followed boycott threats from the media, reportedly including notoriously biased CNN anchor Christiane Amanpour, who was set to be the keynote speaker. 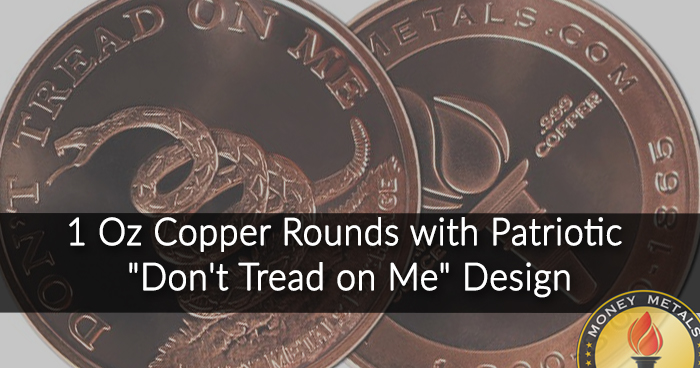 Check out 1 Oz Copper Don’t Tread on Me Rounds from a trusted dealer like Money Metals.

Tables for the fundraising banquet cost between $5,000 and $50,000. The foundation’s main functions are providing grants and education programs in journalism schools, as well as publishing a journalism safety guide and advocating for release of hostages.

In a letter to Diane Foley, the mother of slain journalist Jim Foley, Pompeo detailed his successes in freeing hostages and lamented the partisan culture consuming mainstream media that would pit them against recognizing those achievements.

“How sad is it that base politics and hatred have been allowed to creep into even this sphere of our national activity?” Pompeo wrote.

“The safe recovery of Americans held hostage overseas should be beyond politics and must enjoy the support of all Americans. I regret that pressure of such a cynical and abominable nature was brought to bear,” he added.

Copyright 2022. No part of this site may be reproduced in whole or in part in any manner without the permission of the copyright owner. To inquire about licensing content, use the contact form at https://headlineusa.com/advertising.
Click Here To Comment
Facebook
Twitter
ReddIt
Email
Pinterest
Print
- Advertisement -
Previous articleHypocritical NYT Marvels over Disappearance of Va. Dems’ Scandals
Next articleConservative Millionaire Invites AOC to Come Hear Stories of Successful, Hard-Working Capitalists