‘It is unconscionable that the United States government is still paying top-dollar in taxpayer money for the freshest, most high-quality dismembered baby hearts, lungs, livers, and brains…’ 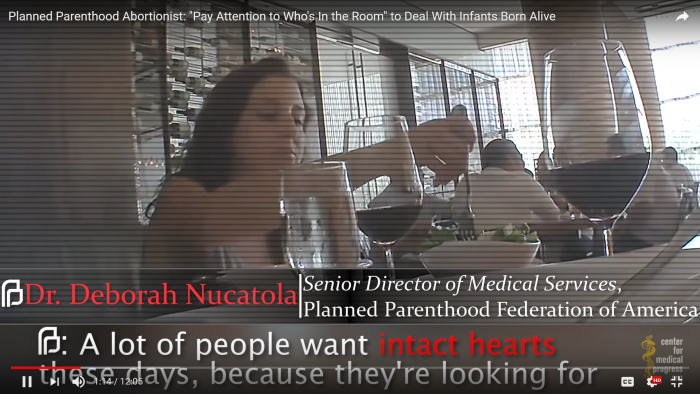 (Ben Sellers, Liberty Headlines) One of the leading organizations in the fight against Planned Parenthood’s fetus-harvesting operations issued a special report Monday in response to news that the Department of Health and Human Services was continuing to do business with companies that collect and sell aborted infants’ body parts.

In one of the videos, CMP said it had shown ABR’s procurement manager describing the process of collecting a fully developed fetus: “I literally have had women come in and they’ll go in the [operating room], and they’re back out in 3 minutes, and I’m going, ‘What’s got’ on?’ ‘Oh yeah, the fetus was already in the vaginal canal, whenever we put her in the stirrups, it just fell out.’”

In addition to the practices themselves, CMP said it collected evidence in emails and interviews that ABR was price-gouging the government, purchasing fetuses at a cost of around $60 and then reselling them for $6,000.

Despite the evidence against ABR, which is currently under federal investigation by the Department of Justice, CMP said that at least two HHS-run agencies, the Food and Drug Administration and the National Institutes of Health were continuing to contract with them and spend millions on projects that relied on aborted fetus experimentation.

“It is unconscionable that the United States government is still paying top-dollar in taxpayer money for the freshest, most high-quality dismembered baby hearts, lungs, livers, and brains,” CMP head David Daleiden said.

Daleiden called on both HHS and the DOJ to step up their roles in holding the fetus harvesters accountable for their practices.

“By custom-ordering late-term aborted baby body parts for sale from Planned Parenthood partners like ABR, the FDA is directly complicit in these abortions and implies that these kids are worth more to the U.S. Government dead than alive,” he said.

“HHS must provide full transparency and immediately terminate any and all such contracts, and the U.S. Department of Justice needs to do their job and hold ABR, Planned Parenthood, and those like them accountable to the law.”