'At any given moment there are an average of 3,000 people in custody here...'

Project Veritas on Monday released shocking footage and reports from a source within a newly opened migrant storage facility in Donna, Texas.

Amid a cascading border crisis, President Joe Biden has issued an unprecedented media clampdown on migrant detainment facilities. They are believed to be storing more than 15,000 unaccompanied minors who now may be permanently separated from their families.

Despite claiming a humanitarian purpose for its border free-for-all—which human-smuggling coyotes and drug cartels saw as an opportunity to take charge—conditions have been anything but humane.

The evidence from a whistleblower source within the Donna detention center confirmed that treatment of the migrants was no better than what drove radical leftists and their media allies to meltdown during former president Donald Trump’s tenure.

“These photos were taken within the last few days,” the source told Project Veritas.

“There are eight pods with eight cells each in the facility,” the source continued. “At any given moment there are an average of 3,000 people in custody here.”

Most are believed to be in their mid- to late-teens, although many of those who self-report their age may be lying to be granted eligibility under the Obama-era Deferred Action for Childhood Arrival loophole that Biden reinstated.

According to whistleblower, as well as by the Biden administration’s own admission, the camps have exposed dozens—if not hundreds—of children to the deadly coronavirus.

The source also noted that many sexual assaults—and other types of assaults—had been reported within the migrant-child storage facility.

“They are separated by age or physical size depending on room,” said the source.

“Fifty were COVID positive in these cells over the last few days,” the person continued. “There have been multiple sexual assaults, normal assaults and daily medical emergencies.”

According to Axios, Rep. Henry Cuellar, D-Texas, also had leaked several photos from within one of the facilities.

Nonetheless, the Biden administration attempted to deny that the border was open and to blame the crisis—if there were one—on the Trump administration after Biden reversed all of his Republican predecessor’s successful mitigation policies.

While Homeland Security Secretary Alejandro Mayorkas doubled down on the dishonesty during the Sunday talk-show circuit, many—even some in the complicit mainstream media—are concerned by the lack of transparency.

Biden is reportedly trying to cover up the sheer scope of the influx by shipping the illegal immigrants away from the border, including some to the opposite end of the country.

Montana Gov. Steve Daines, a Republican, reported that some of the Biden administration’s shipments of migrants had arrived in his state, near the Canadian border.

Other reports over the weekend indicated that the administration could begin releasing illegal immigrants into the US without even providing them a court date for an asylum hearing. 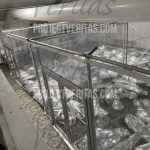 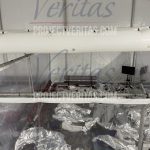 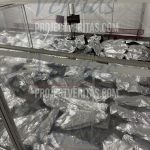 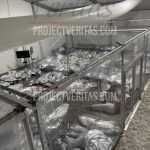 Copyright 2022. No part of this site may be reproduced in whole or in part in any manner without the permission of the copyright owner. To inquire about licensing content, use the contact form at https://headlineusa.com/advertising.
Click Here To Comment
Facebook
Twitter
ReddIt
Email
Pinterest
Print
- Advertisement -
Previous article2.1M Illegals, Plus Their 1.1M Kids, Will Receive $4.38B in ‘COVID Relief’ Money
Next articleChuck Schumer Fights for Subsidies for NY Millionaires’ Beachfront Homes