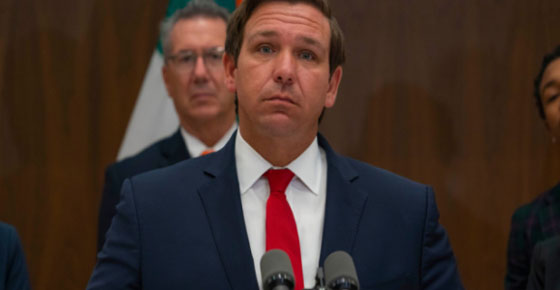 (Molly Bruns, Headline USA) Florida’s Republican Governor Ron DeSantis seems to be reversing his stance on Disney, and is quietly working to restore their tax breaks as the company undergoes a regime change.

The Financial Times broke the story, which Florida state representative Anthony Sabatini responded to, calling the agreement a “‘compromise deal’ with Disney to give Disney what it wants.

Update: DeSantis communications team released a statement that DID NOT REFUTE that Florida is making a “compromise deal” with Disney to give Disney what it wants

The statement also DID NOT REFUTE any element of the @FT story from today except the use of the metaphor “u-turn”/ pic.twitter.com/BCcx1DTRVR

According to Big League Politics, Florida’s congress is working with DeSantis’ office to give Disney their tax breaks back and allow them to operate their parks through the Reedy Creek Improvement District, which essentially operates as a private government.

The reported reason for the walk back is the reinstatement of former CEO Bob Iger to the company.

Florida state representative Randy Fine, who originally authored the legislation to revoke Disney of its special benefits, defended the move.

“It’s easier to shift policy when you don’t have to defend the old policy,” said Fine. “[Former Disney CEO Bob] Chapek screwed up, but Bob Iger doesn’t have to own that screw-up.”

Florida Democrats have applauded the move, claiming that the special privileges are necessary for the state’s economic growth.

“I don’t think [DeSantis] understood how badly this could go for the state of Florida and the counties and the cities,” said Democrat state senator Linda Stewart, who decided to brand the measure as a “tax increase.”

“Governor DeSantis does not take ‘U-Turns.’ The governor was right to champion removing the extraordinary benefit given to one company through the Reedy Creek Improvement District,” said DeSantis’ press secretary Bryan Griffin.

Griffin also said that Disney’s debts will not fall on taxpayers, and clarified that the state “certainly owes no special favors to one company.”

Freshman Rep. Dan Goldman Angling to Be the Next Adam Schiff

Santos Steps Down from House Panels Amid Ethics Issues