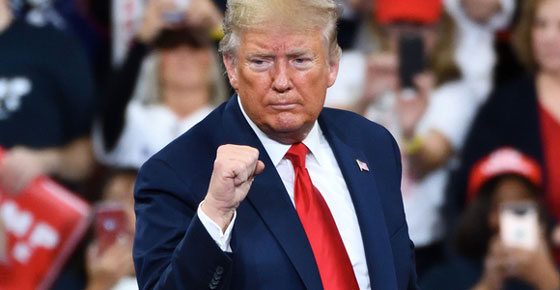 (Headline USA) The Supreme Court‘s ruling on Roe v. Wade marked the apex in a week that reinforced former president Donald Trump’s ongoing impact in Washington more than a year and a half after he exited the White House.

Trump’s response to the Supreme Court’s overturn of Roe v. Wade was that “God made the decision.”

Since this initial reaction, Trump has taken this victory—and marker of his lasting effect on the country—in stride, and thanked the Court for their decision.

Current president Joe Biden was apparently dismayed by the decision, despite his strong Catholic faith, blaming the decision on Trump.

“It was three justices named by one president—Donald Trump—who were the core of today’s decision to upend the scales of justice and eliminate a fundamental right for women in this country,” Biden said.

While there was originally some doubt surrounding Trump’s motivations, those who voted for him despite their concerns about his dedication to the pro-life cause were vindicated.

“When he ran in 2016, he promised that he would appoint conservative and pro-life judges to the federal courts starting with the U.S. Supreme Court. And he kept his word,” said Ralph Reed, an evangelical leader and chair of the The Faith and Freedom Coalition.

“Those in the faith community that felt it was worth taking a chance on Donald Trump in 2016 have been vindicated.”

“Other decisions that have been announced recently, were only made possible because I delivered everything as promised, including nominating and getting three highly respected and strong Constitutionalists confirmed to the United States Supreme Court,” he stated. “It was my great honor to do so!”