'The dominant probability would be by the end of next year we will be seeing a recession in the American economy...' 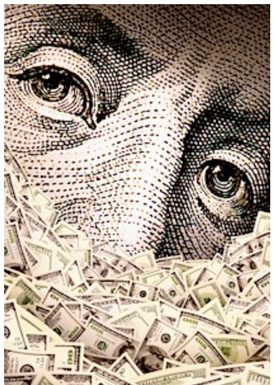 In an appreance on NBC’s “Meet the Press,” Summers stated that “a whole range of indicators” are all pointing to and upcoming recession, which is defined as two consecutive quarters of negative economic growth.

Markets, relative levels of interest rates at different durations, customer expectations, and supply and demand are some of the indicators which Summers was referring to.

“All of that tells me that, while I wouldn’t presume whether to judge the timing, the dominant probability would be by the end of next year we will be seeing a recession in the American economy,” said Summers.

He followed up bye explaining that many statistical models and forecasters were predicting similar outcomes.

“If you look at history, there has never been a moment when inflation was above 4% and unemployment was below 5% when we did not have a recession within the next two years,” Summers continued.

The Biden administration, while acknowledging the challenge of higher prices, argued that a complete economic capsize is not inevitable.

Department of Treasury Secretary Janet Yellen spoke to this on another morning interview on ABC News.

“I expect the economy to slow,” Yellen said. “It’s been growing at a very rapid rate, as the economy, as the labor market, has recovered. We have reached full employment.”

“It’s natural now that we expect a transition to steady and stable growth, but I don’t think a recession is at all inevitable.”

Yellen and the rest of the Biden staff seem to be in small company, as many in the private sector are also forecasting a recession.

A survey of 750 CEOs shows that a majority of top company executives are predicting a recession in the next 12 to 18 months. Another survey from the National Association of Manufacturers found that nearly 6 in 10 business leaders believe a recession is more likely due to inflationary pressures.

Copyright 2022. No part of this site may be reproduced in whole or in part in any manner without the permission of the copyright owner. To inquire about licensing content, use the contact form at https://headlineusa.com/advertising.
Click Here To Comment
Facebook
Twitter
ReddIt
Email
Pinterest
Print
- Advertisement -
Previous articlePro-Abortion Protesters March Outside of Justice Barrett’s Home with Props
Next articleNY Body-Armor Ban Doesn’t Cover Type Worn by Buffalo Gunman