'We will closely review what the county and state boards do on Monday...' 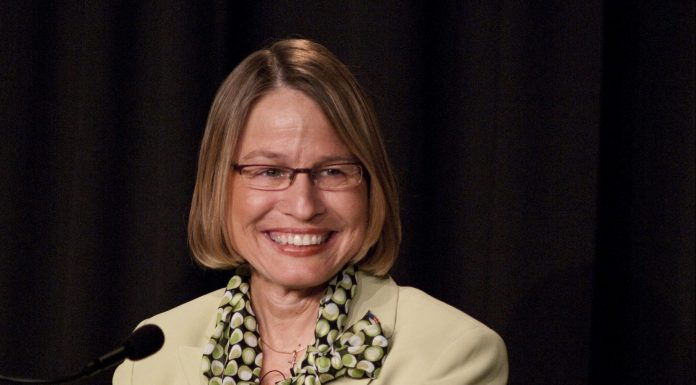 (Headline USA) A Republican candidate is hanging onto a single-digit lead in Iowa‘s 2nd Congressional District after a recount.

Republican Mariannette Miller-Meeks had just six more votes than Democrat Rita Hart after the recount wrapped up Saturday in Clinton County, which was the last of the district’s 24 counties to reports its results, the Iowa Press-Citizen reports.

Clinton County also is where Hart lives on a Wheatland farm and served as an instructor and state senator.

A state canvassing board is expected to meet Monday, the legal deadline, to certify the results of the race in which more than 394,400 votes were cast.

Miller-Meeks acknowledged in a statement that the race was “extraordinarily close,” but said she was proud of the outcome and looked forward to being certified as the winner.

The candidates have been vying to replace Democrat Rep. Dave Loebsack, who is retiring after seven terms.

Hart requested the districtwide recount after counties’ initial certifications showed her trailing by 47 votes following an election in which reporting errors flipped the lead back and forth between the candidates.

In a statement, Hart’s campaign manager, Zach Meunier, did not say whether the campaign will file a legal challenge in the race, the closest House election in the nation. A challenge would set in motion a proceeding run by a judicial panel.

“We will closely review what the county and state boards do on Monday with an eye toward making sure all Iowa voices are fully and fairly heard,” he said.

White House Chief of Staff Ron Klain defended the teachers unions refusing to allow their members to return to the classroom, despite the fact...
Read more
POLITICS

A group of Senate Democrats led by Sen. Tom Carper, D-Del., reintroduced a bill that would give Washington, D.C. statehood on Wednesday. The bill, which...
Read more

(Headline USA) On the very day that President Joe Biden's Department of Homeland Security hyped up a generalized, nondescript threat of violence from so-called...

White House Chief of Staff Ron Klain defended the teachers unions refusing to allow their members to return to the classroom, despite the fact...

A group of Senate Democrats led by Sen. Tom Carper, D-Del., reintroduced a bill that would give Washington, D.C. statehood on Wednesday. The bill, which...
- Advertisement -