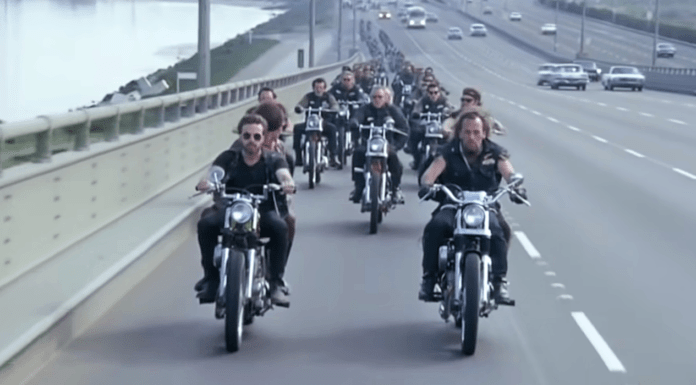 The CEO of Harley–Davidson said the company plans to go full electric in the foreseable future, according to a recent interview with British design magazine Dezeen.

“At some point in time, Harley Davidson will be all-electric,” said Jochen Zeit, the German-born top executive of the quintessentially American motorbike brand.

“But that’s a long-term transition that needs to happen,” he reassured bikers. “It’s not something you do overnight.”

The company’s first electric option, the LiveWire, launched in 2018, quickly rivaling rice-burners everywhere and forcing more than a few Vespa owners to spill their cappuccinos.

The aptly-named Zeit said the long march of time throughout the brand’s storied history had always been building toward the moment when wokeness entered into the corporate Zeitgeist and allowed the chopper industry to virtue-signal its commitment to green energy.

“If you look at the past 120 years, the company has always evolved, never stood still,” Zeit said.

“Now, like the founders did at the time by trying to reinvent or invent something unique, that’s obviously something that we as a company brand need to do as well,” he continued. “What we’re doing is celebrating our past but also evolving the brand at the same time. It’s a natural evolution that needed to happen.”

Harley–Davidson is not alone in hopping on the eco-evolution bandwagon.

Last summer, Dodge—a classic American brand now owned by the Dutch company Stellantis—said it planned to replace its line of Challengers and Chargers with ones that actually required charging.

“It’s a sign of the lunacy of the Left,” Schneider told Headline USA. “I believe it’s also a sign of the total disconnect between the manufacturer and the consumer.”

Not to be outdone, Chevrolet—which, for now, remains an American brand—also underwent a woke transformation, scrapping the tough-guy image long associated with its Camaros and Corvettes in favor of a more sensitive and socially conscious variety.

Schneider said that as a business decision it was a “serious mistake” to think electric vehicles might be more than a passing fad.

“Apparently they forgot about the great sexy cars of the ’70s,” he said. “… It will open the door for someone else who is a muscle-car enthusiast, who will replace them.”

But Zeit begged to differ, saying his philosopy was that if it ain’t broke, keep tinkering.

“I believe in big transformational change for iconic brands, which is what I’ve always done in my life,” he said.

If Harley’s deeply loyal base of customers objects, Zeit added, they can always find new ones to replace the old.

“We are targeting different consumer profiles—you have the traditional core customer, but you have a contemporary core customer, you have dreamers that aspire to ride or may just dream about the brand,” he said.

And even those who loathe the very idea of hitting the open road on a two-wheeled hog should be able to get the warm fuzzies when hearing the Harley name, he continued.

After all, the real money is in merchandising.

“The brand is not just for inspiring for those who buy motorcycles,” Zeit said. “It’s inspiring for others, which is why we’re making such made such a big effort on apparel and accessories to really bring the brand to broader customer bases—customers that might or might not ride one day.”

Ben Sellers is the editor of Headline USA. Follow him at twitter.com/realbensellers.

Copyright 2023. No part of this site may be reproduced in whole or in part in any manner without the permission of the copyright owner. To inquire about licensing content, use the contact form at https://headlineusa.com/advertising.
Click Here To Comment
Facebook
Twitter
ReddIt
Email
Pinterest
Print
- Advertisement -
Previous article
Pelosi Blames Hochul, NY Dems for Downplaying Crime and Losing the House
Next article
Former Russiagate Investigator Charged over Ties to Russian Oligarch
- Advertisement -

Pence Takes Responsibility for Classified Documents Found in his Home