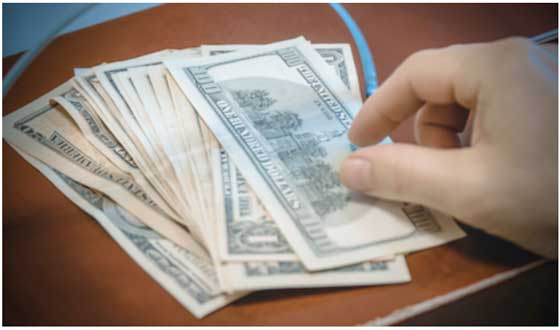 “I’ve never seen anything of this magnitude,” said National Pandemic Fraud Recovery Coordinator Roy Dotson, during a discussion on combating fraud organized by the Bethesda Chapter of AFCEA.

“It was an online application, so pretty simple. You could look up whatever information you wanted or use other people’s identification, PII [Personal Identifiable Information], and put that in, and the money just flowed to whatever accounts you wanted it to.”

“Congress wanted to do the right thing helping out those that were hurting from COVID-19 and wanted to get that money to them quickly, whether that was, unemployment or a Small Business Administration [Paycheck Protection Program] loan,” said Dotson.

“With that said, the system has never had to put out this kind of money,” he told Just the News. “You know, Department of Labor, SBA, they’re small agencies, they really are. And their systems just weren’t ready to vet them properly.”

The Department of Labor worked with each state’s unemployment system to issue jobless benefit bonuses, in addition to state benefits during the pandemic.

Fraudulent claims are estimated to be between $76-86 billion, according to some estimates.

Dotson was asked if he thinks incentives led to some lenders approving loans without doing the proper checks.

“I’m sure at some level in wanting to get those funds out to people that they believed were in dire need … those systems were probably expedited in some way,” he said.

“Whether that could have been prevented or not, you know, again, we could all talk through things we’ve learned. I’m sure that we would all do things differently next time.”

Congress Must Probe the Rationale for Covid Mask Mandates

McCarthy and Biden to Meet About Spending Cuts and Debt Ceiling

U.S. Will Be at War with China, U.S. General Says