If Your Post Was Removed or You Have Been Blocked

Reread this entire policy, which contains all reasons for removal. In extreme cases, or in the case that removing offending posts does not leading to changes in posting behavior, users may be blocked from making further posts. We do not respond to emails asking ‘why was my post removed.’ or ‘why was my account banned’.

We’re going to get into the thick of a lot of heated discussions and that’s okay. These discussions often entail topics that we all personally care a lot about and will passionately defend. But in order for discussions to thrive here, we need to remember to criticize ideas, not people.

So, remember to avoid:

Comments that we find to be hateful, inflammatory, or harassing may be removed. If you don’t have something nice to say about another user, don’t say it. Treat others the way you’d like to be treated. We do not respond to emails asking ‘why was my post removed.’

The purpose of the comments function is to allow readers to post their opinions about the article. To register your opinion about other comments, use the provided buttons to up-vote or down-vote them. Comments that attack others are subject to moderation and removal, and may lead to being banned. We do not respond to emails asking ‘why was my post removed.’ or ‘why was my account banned’.

There are a lot of discussions that happen every day on HeadlineUSA.com. Before joining in a discussion, browse through some of the most recent and active discussions happening in the community, especially if you’re new there.

If you are not sure your post adds to the conversation, think over what you want to say and try again later.

Be sure your topic matches the general theme of the channel. Not sure if you’re posting to the right channel? Check the channel’s About section, or recently-added discussions to get an idea of what subjects are appropriate.

No Self-promotion, No Links

A discussion or comment that contains a link to a blog, a product, or article on another site will almost always be removed.

Comments that contain profanity are automatically deleted. This prohibition extends to misspelled and abbreviated vulgarities as well. We do not respond to emails asking ‘why was my post removed.’ or ‘why was my account banned’.

Don’t Be a Jerk

Personal attacks and harassment will not be tolerated. Offensive generalizations about groups of people are simply not allowed. Comments or discussions written intentionally to provoke or incite violence will also be removed. We do not respond to emails asking ‘why was my post removed.’ or ‘why was my account banned’.

If you didn’t write it, or haven’t properly cited the article you’re quoting, don’t post it.

We currently only support English-only discussions on Disqus channels. Non-English comments and discussions will be removed. 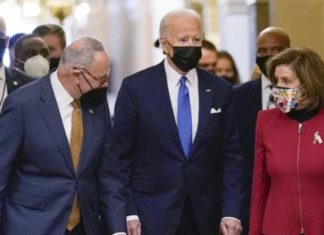