(Ben Sellers, Liberty Headlines) Rep. Alexandria Ocasio–Cortez, D-NY, continued Thursday to add fodder to the widespread speculation about her motives—even recent online rumors that she may be a racist in disguise.

On “Late Night with Seth Meyers,” Ocasio–Cortez made an articulated gesture that many in the leftist media have observed to be a symbol of white supremacy when previously used by President Donald Trump and his supporters.

Left-leaning news sites and social media have pushed the narrative—believed to have started on 4chan—that the signal represents “white power,” and even the “fact checking” site Snopes designated the claim as “unproven” rather than “false.”

While the theory that AOC may secretly be part of the Aryan Brotherhood of Texas likewise remains unproven, the freshman congresswoman’s ubiquitous exposure and increasing name recognition have indeed transformed her from a so-called democratic socialist into more of a national socialist, known to vigorously defend her colleagues’ anti-Semitic stereotyping.

The obsequious Seth Meyers and compliant audience on Thursday allowed AOC to push several blatantly false narratives with nary a trace of incredulity.

For her part, Ocasio–Cortez’s blending of Stalinist rhetorical tactics with the presence and diction of a 15-year-old Valley girl were apt to leave non-indoctrinatees to the theology of ‘wokeness’ uncertain whether to laugh, cry or cower in fear.

Among the highlights (or lowlights) of the segment:

● She regaled the audience with an anecdote mocking a Republican colleague, whom AOC accused of being “unprepared,” while repeatedly using “like” and “um.”

“Especially with my Republican colleagues, they say things and I’m like ‘What does that have to do with what we’re talking about now.’ There’s this one member who famously every single Financial Services Committee hearing, he says ‘I ask everyone this: Are you a capitalist or a socialist?’ And like the person’s like in charge of National Flood Insurance Program, and they’re like ‘What?’”

● She falsely insinuated that the only reason many on Fox News and other media are preoccupied with her is an illicit sexual attraction, not that she has prescribed a $93 trillion spending plan over 10 years that also would drastically impact the everyday freedoms of all Americans.

● Set up with a softball question (one of many) from Meyers about whether she was a “Manchurian candidate,” she denied and then deflected, bragging that tax-funded office staffers received no less than $52,000 in salary, far more than most entry-level wage-earners.

“I’m not a Manchurian Candidate, but I do have amazing staff and in no part [sic] thanks to the fact that we pay a living wage in our office—we don’t pay any less than $52,000 a year—which means so far two of my staffers have been able to quit their second jobs in restaurants and be fully present at work.”

● While literally on a TV show where she was promoting misinformation through selective omissions, lack of context and false premises—and receiving no pushback—she accused Fox News of duping Republicans by doing precisely that.

“It is funny because one of the side effects of kind of this Fox News lunacy is that, uh, is that other actual members of Congress, like, believe it and see it uncritically, and so I was on the floor once and this guy came up to me and he was like, ‘Is it true that you got $10 million from Netflix?’ and I was like ‘No?’ and it was like in the well, like we’re voting on like gun reform and I’m like ‘What else do you not know?'”

● She falsely framed criticism of the controversial Green New Deal, with help from Meyers, who claimed without evidence that opponents were primarily concerned with its position on methane emissions (i.e. “cow farts”) that would force people to give up ice cream.

● She deceptively touted the fact that the GND was a nonbinding House resolution while omitting the fact that a companion Senate bill also exists with more than half of its Democratic co-sponsors also having declared presidential runs.

“One of the things that’s important that doesn’t get communicated is that our Green New Deal legislation is not a bill. It’s a resolution … it is a declaration—it is an intentional vision document. What it does is that it puts forward the large scope, the overall vision of what we’re trying to accomplish and to say, ‘Listen, if we’re going to make progress, we need to declare our north star…’”

● After costing New York City 25,000 jobs or more by criticizing a proposed Amazon deal, she sought to deprive Washington, D.C.’s homeless population of paid work opportunities by attacking lobbyists’ use of them to hold places in line in front of congressional offices. She also suggested that they had no right to be there because they were not “everyday people.”

“[Y]ou know, congressional hearings are not a Beyonce concert. You know, they’re two different things, and this is one way in which money in politics has really sunk so steep to the fact that everyday people can’t even see their own elected officials because a lobbyist has paid to get in there first.”

Shock doesn’t begin to cover it.

Today I left a hearing on homelessness & saw tons of people camped outside committee.

I turned to my staff and asked if it was a demonstration.

“No,” they said. “Lobbyists pay the homeless + others to hold their place so they can get in 1st.” pic.twitter.com/mXbgqkKp4P

● She allowed Meyers to refute valid, bipartisan criticisms about her fuzzy math on crucial economic matters by showing a picture of her standing next to a high-school science project.

“Science was my first passion, and I pursued the intel science competition—I studied microbiology and the impacts of antioxidants on model organism known as a C. C. Elegans…”

In an excellent takedown of the Left’s calumny, Rabbi Yaakov Menken wrote for the Center for American Greatness in January that Ocasio–Cortez was “projecting her own defect” in her frequent accusations of racist dog-whistles against Trump and other critics.

“The Bronx Democrat is the last person qualified to accuse someone else of dredging up hidden signals of racism, especially against a president who has, from the beginning, opposed racism and bigotry in all its forms,” Menken wrote. 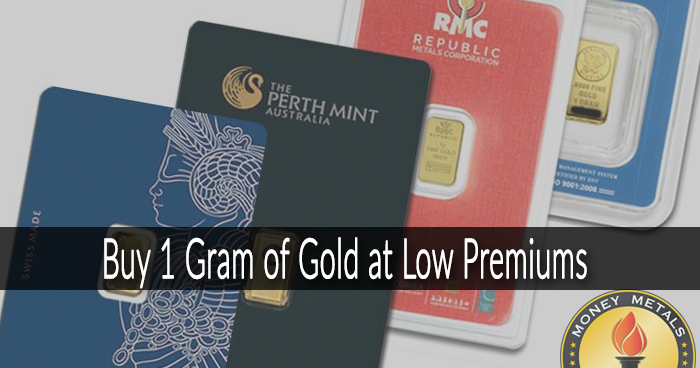 The convergence of AOC and Seth Meyers—who routinely jockeys with Stephen Colbert to be the Joseph Goebbels of late-night television—made patently clear that racist views are not the only qualities Ocasio–Cortez and the new socialist Left are projecting onto opponents.

The question is not if but rather why she is purposely misleading and manipulating the public.

Copyright 2022. No part of this site may be reproduced in whole or in part in any manner without the permission of the copyright owner. To inquire about licensing content, use the contact form at https://headlineusa.com/advertising.
Click Here To Comment
Facebook
Twitter
ReddIt
Email
Pinterest
Print
- Advertisement -
Previous articleScott Walker Raising Funds to Oppose Eric Holder’s Gerrymandering Ploy
Next articleGRAHAM: After Mueller, It’s Time to Investigate the ‘Other Side’ of Collusion Story